This summer has been filled with such good memories, but alas, I’m over the heat. Fall can’t come any sooner! So on today’s post, I bring you our short excursion to Boston and Concord from 2016 (yes, yes, I’ve been hoarding this post for that long) because there’s nothing like New England in October.

It was a very short trip. At the time, we had only been in the east coast for 3 months and were hardly settled in. New jobs, new town, new church – all meant we couldn’t have a longer trip. Only 2 days. Boston was worth it though. I could smell the crisp fall air by just looking at these photos.

The only reason this trip was doable and worth it is that Boston is (a short?) 6-hour drive away from the where we now live. It was mid-October and New England was alive with color. We later learned that 2016 did not get its usual high level of foliage color. Small changes in temperature and rainfall during the Spring and Summer can affect the kind of color the leaves turn and for how long. How do I know that? “Leaf peeping” is a legitimate hobby around here. There are websites that tell you when and where to find the best foliage so you can go there just to stare and photograph the leaves. The more you know…

As SoCal transplants, everything looked gorgeous to us anyway. We left around 4AM and passed New York City just as the sun was rising over Manhattan. This also meant that we drove through Connecticut in the cool, early morning air and it was absolutely golden.

If you’ve been elsewhere on this blog, you should be able to tell Miguel and I love long drives. We are easy to please and we pretty much just say “wow” to scenery all the way. There’s always something to appreciate or make a note of on the road. We also love the long talks we get to have as we’re forced to entertain each other in a confined space, fueled with loads of coffee and sweet, sugary donuts. The drive is the vacation 🙂

We got to Boston a little after 9AM, parked underneath Boston Common and started on the Freedom Trail. I thought the historic route would be a good choice since this was our first time in the city and this was Boston after all.

The Freedom Trail takes you through various sites of historic importance. Big groups of tourists could be seen walking up and down city streets, ushered by guides in powder-white wigs and breeches, navigating the non-grid layout that the city is known for.

We took our sweet time and let ourselves get swept away by the crowds, stopping every now and revel at the stories told by the markers. Looking at the photos now, some of the highlights of the whole trip included a couple of cemeteries. One of them was Granary Burying Ground – resting place of Paul Revere, Samuel Adams, John Hancock and five of the victims of the Boston Massacre. Lying among them were Benjamin Franklin’s parents (Benjamin Franklin, though most associated with Philadelphia, was born in Boston) and Mary Goose, claimed to be but highly unlikely, the original Mother Goose. Such good company!

It seemed like the modern world had to squeeze in between all the old buildings which seem to stand nonchalantly amidst the traffic lights and the skyscrapers as they’ve done so for 300 years.

It was a good walk which I imagine would have probably been a lot less comfortable had we been there in the summer.

When Miguel and I take these couple trips, we freely gawk at everything like true Asian tourists and not care. We’ve been known to blend in and out of the hordes of Asian tourists and get snippets of the tour guide’s spiels for free! We have no shame.

Shortly after lunch, we decided we’ve had enough walking outdoors. We then took an Uber to the Isabella Stewart Gardner Museum.

(Side note: that Uber ride was the scariest one I’ve ever been on, at least in this country. Rumors about crazy Boston driving may have had some factual basis!)

The Isabella Stewart Gardner Museum houses one of the finest art collections in the country, all personally arranged by its founder the American art collector, Isabella Stewart Gardner. The building itself, designed by William Sears, is on the National Register of Historic Places and is a Boston Landmark. While not unattractive on the outside, the beauty of the building is definitely on the inside. The gallery rooms are wrapped around a central courtyard garden flooded with skylight. It is truly an experience in itself. 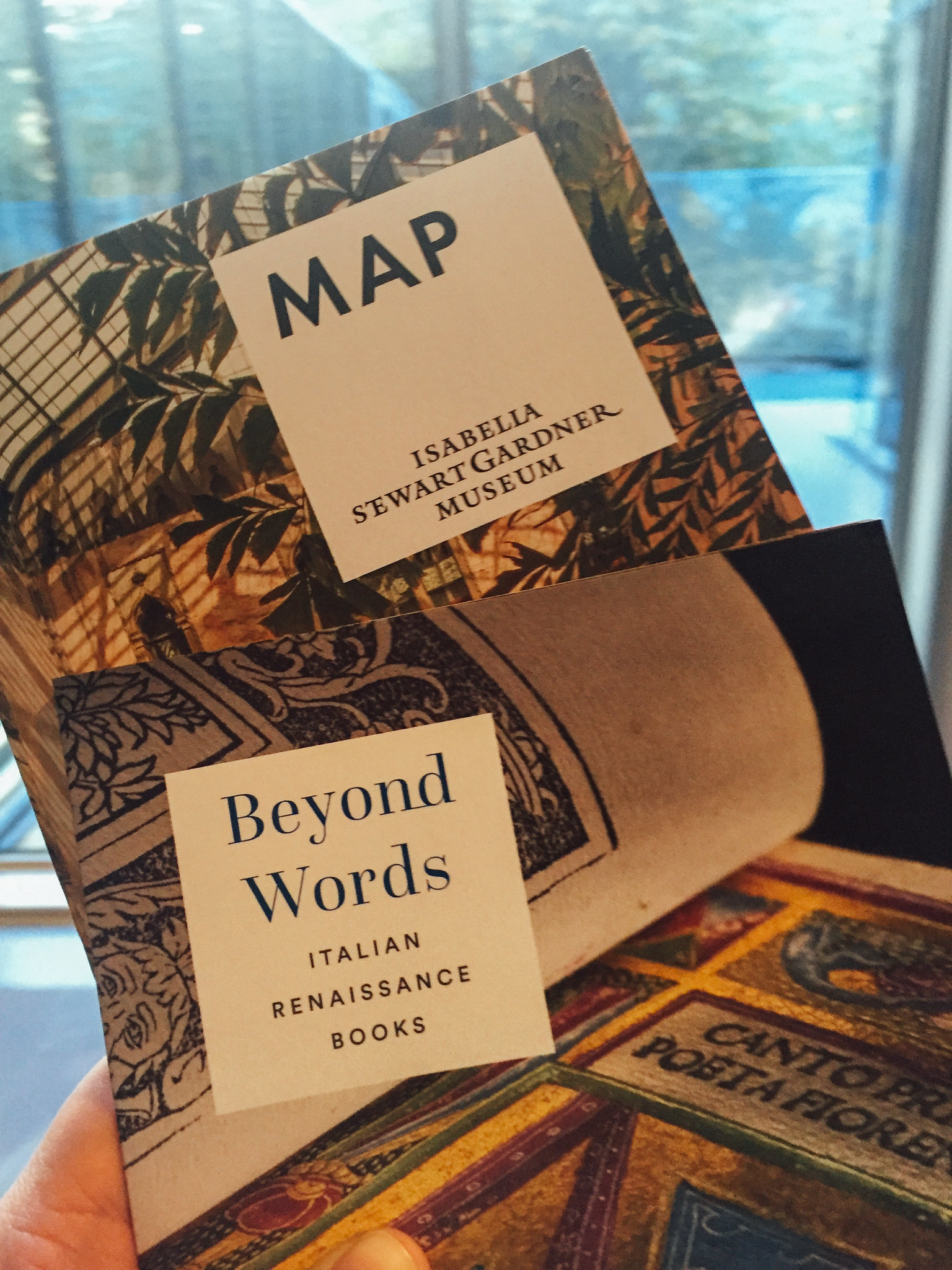 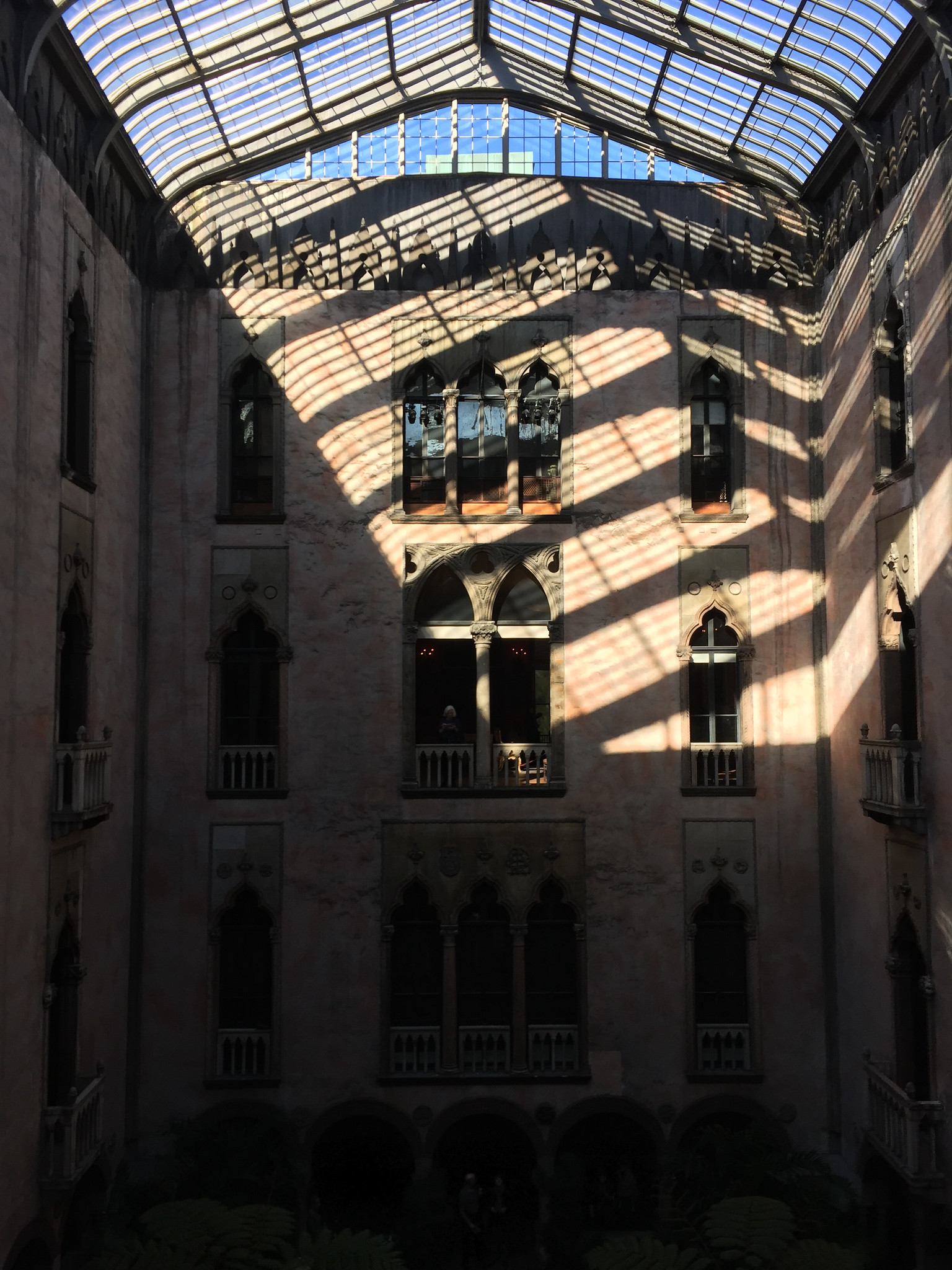 If it sounds familiar to you, you may have also heard that the museum was also the site of one of the most famous and largest art thefts in history. In 1990, two men stole 13 works of art – including works by Degas, Rembrandt and Isabella’s first major art purchase – The Concert by Johannes Vermeer. The crime remains unsolved and empty frames still hang where they await the return of the artworks. Thanks, Art History 101! Absolutely fascinating. 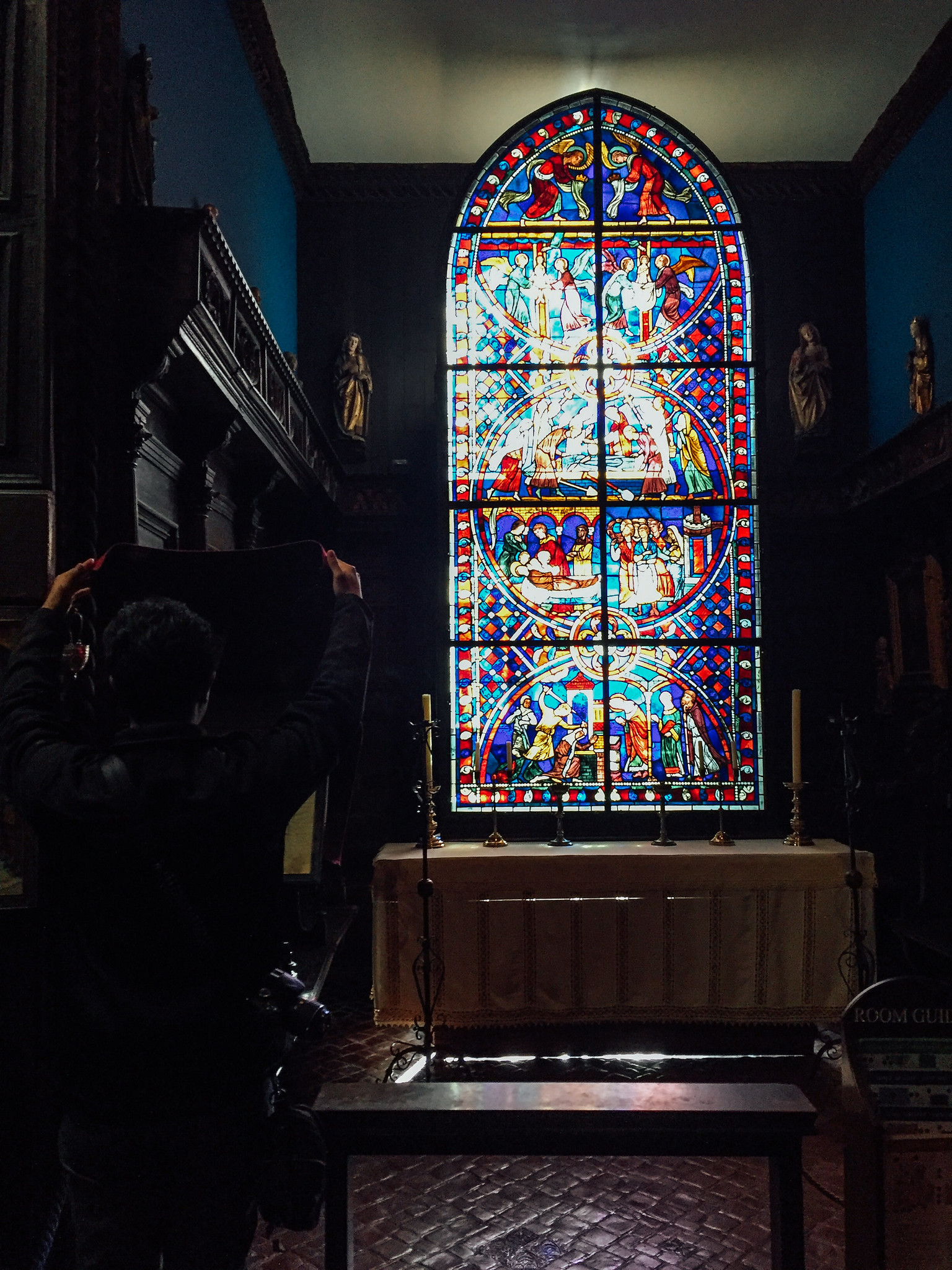 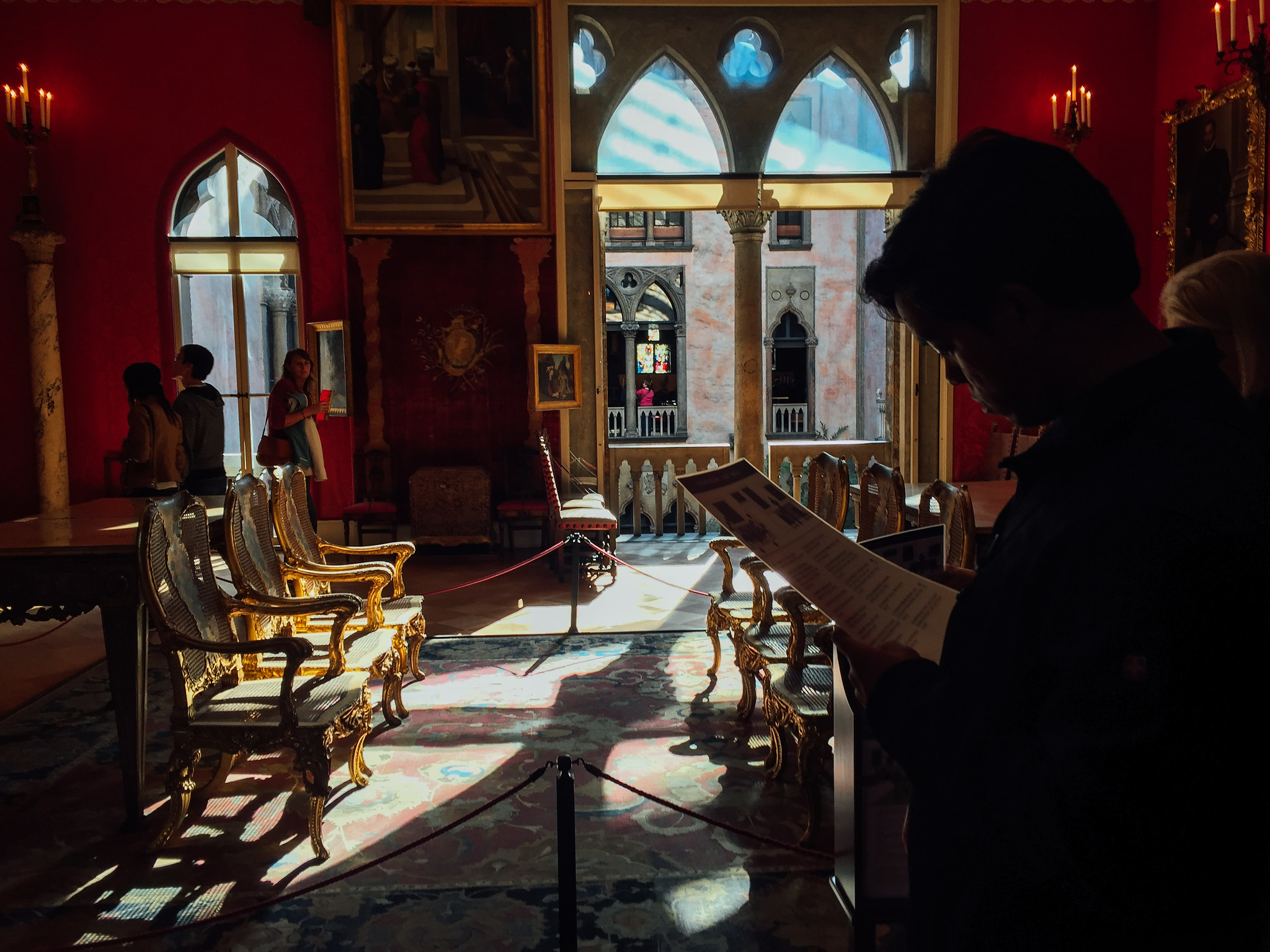 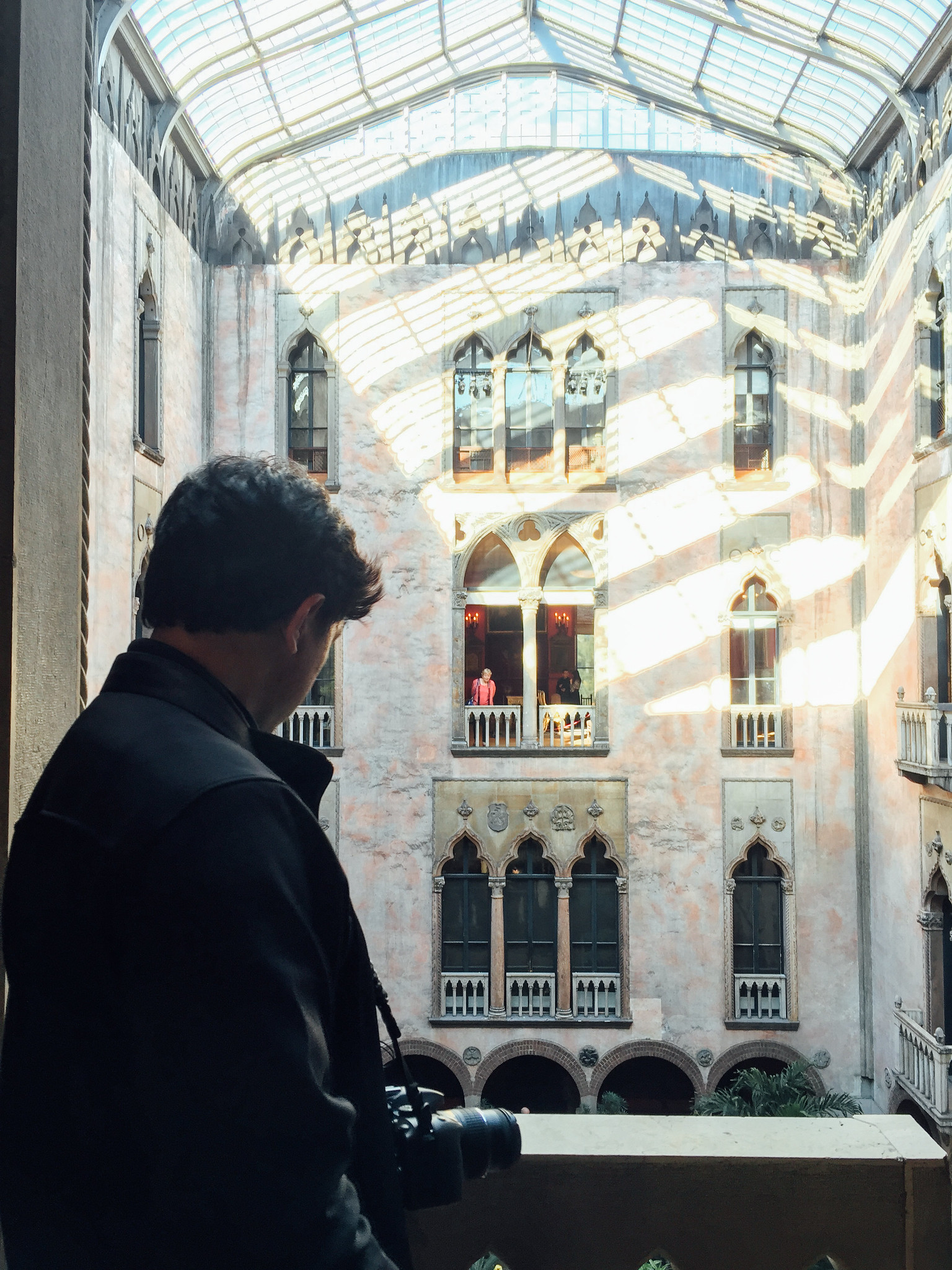 They were having an exhibit on Italian Rennaissance Books. The illuminated manuscripts were so beautiful. 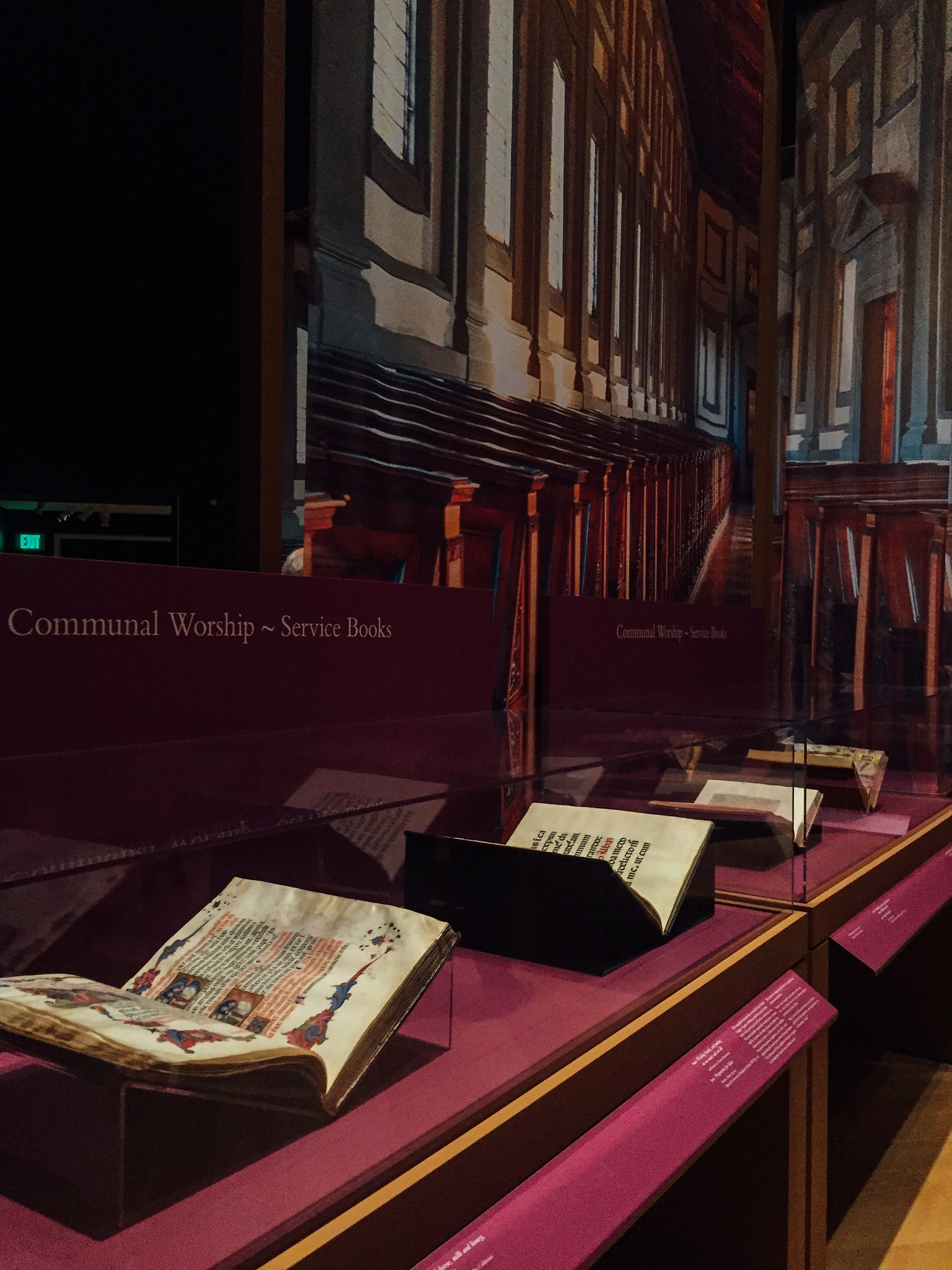 Since we’ve been up by 4am, we crashed pretty early. That’s the only disadvantage of a long-drive and is part of the reason we’ve stopped doing such long drives unless absolutely necessary or purposeful. If the idea is so that we can drive through Connecticut and Massachusetts in the fall, then yes, a long drive is worth it (it was for us). Otherwise, take the plane, especially if you’re only in the city overnight.

Before we tuckered out, we took obligatory photos at Acron Street. Yes, that street on everyone’s social media feed: 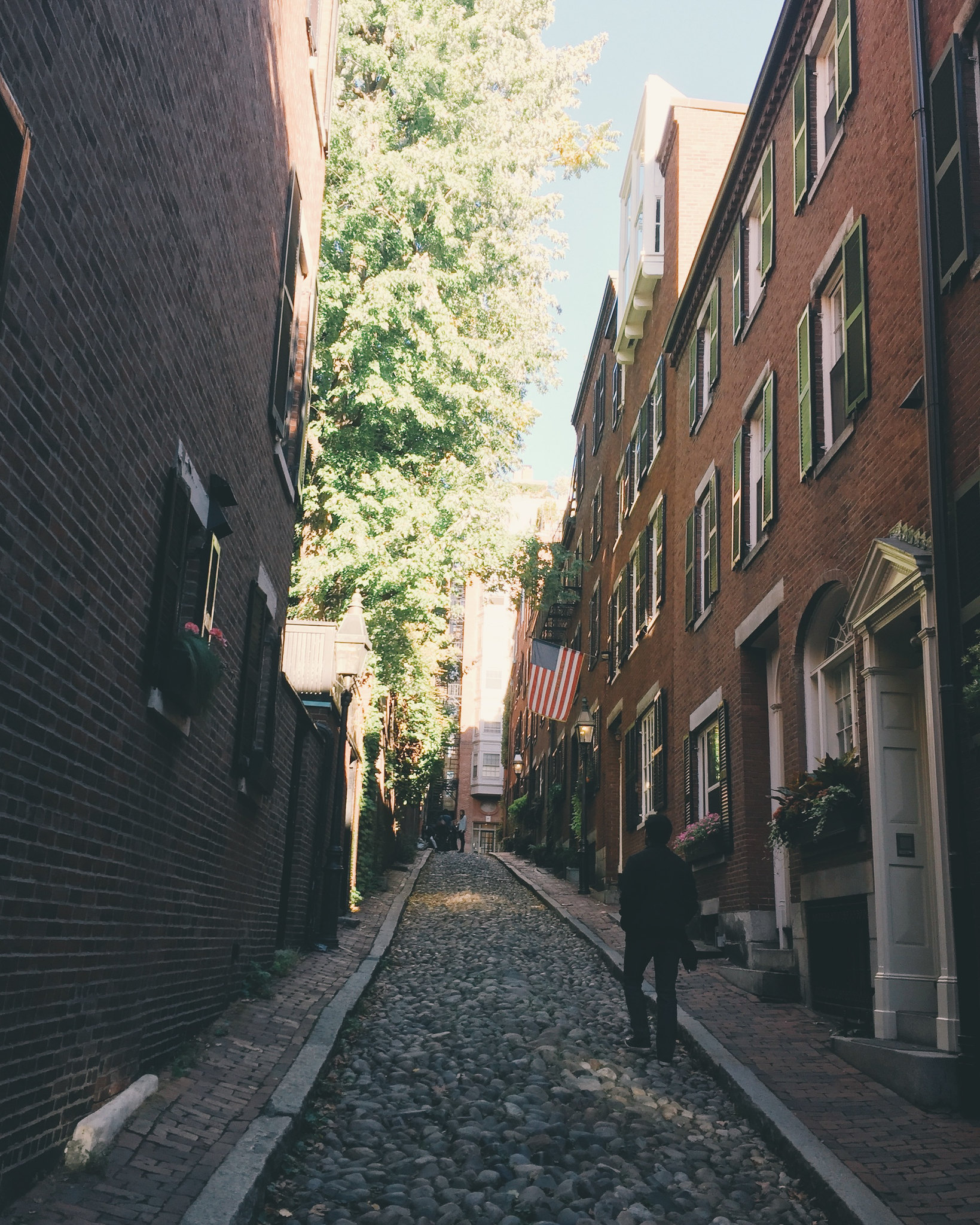 That’s our one-day trip to Boston. Terribly short but sweet. We will be back as there were so many places we simply didn’t have time for during such a short stay. On our next visit, we plan to see Fenway Park, Museum of Fine Arts, and spend more time on the harbor.

Next Up: The following day was spent exploring Concord because my little bookworm heart simply had to make that pilgrimage. Miguel enjoyed Concord too, albeit for perhaps entirely different reasons. Stay tuned.