This is the third and last in an incredibly late series of posts detailing the anniversary trip we took to Big Sur last September 2015. The trip was so satisfying and worth it that I decided I’m going to share it anyway. Because if it isn’t on the inter-web, did it really happen? 🙂 Furthermore, maybe it will help those of you who might’ve been thinking of going to have a better trip. Or at least convince somebody to stop making excuses and take that drive. Better late than never.

Alas, our weekend getaway could not last forever. We woke up Sunday morning, packed up our camp and headed to Point Sur Light Station for another tour. 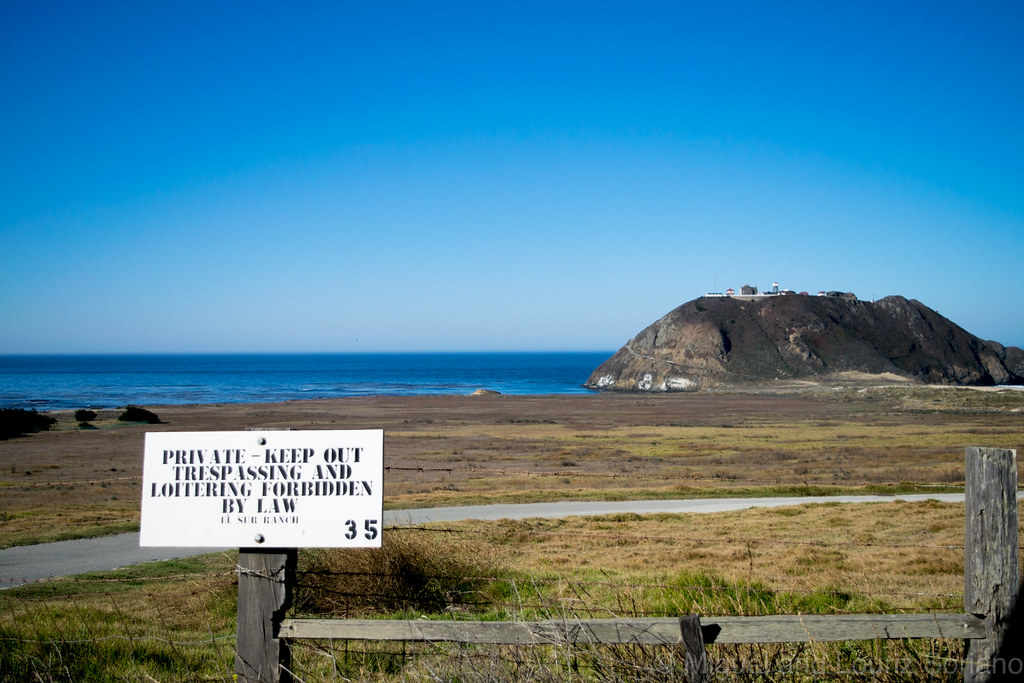 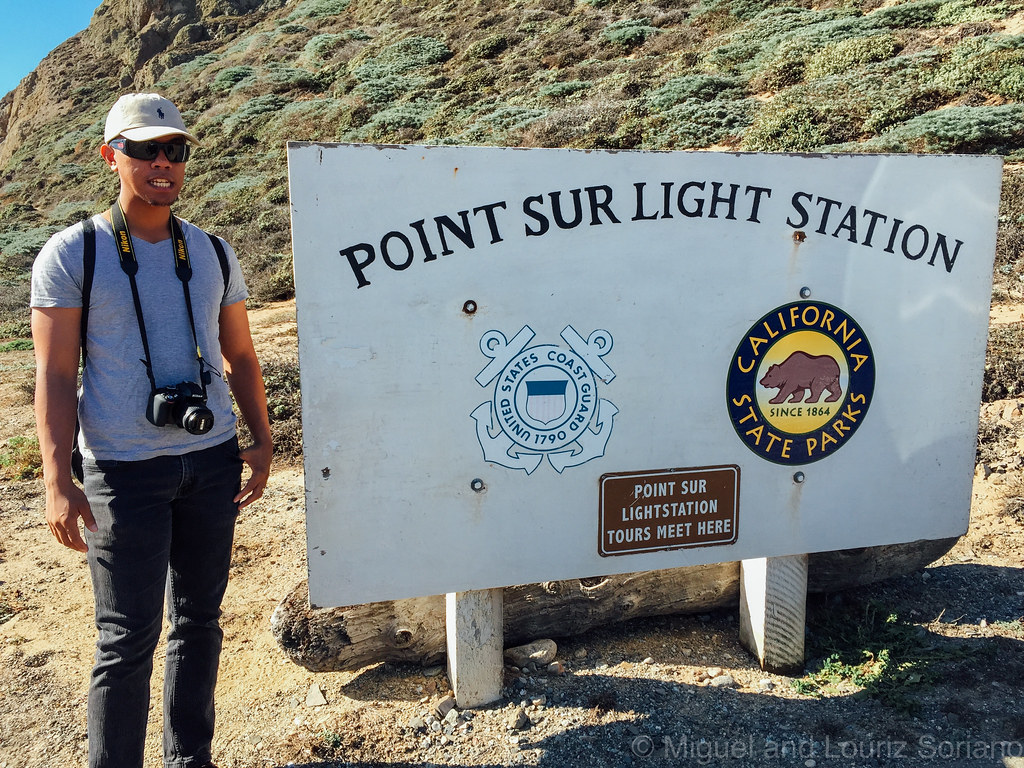 The gate opened at 10AM. This tour costs $12/person and involves a short hike up a huge rock. 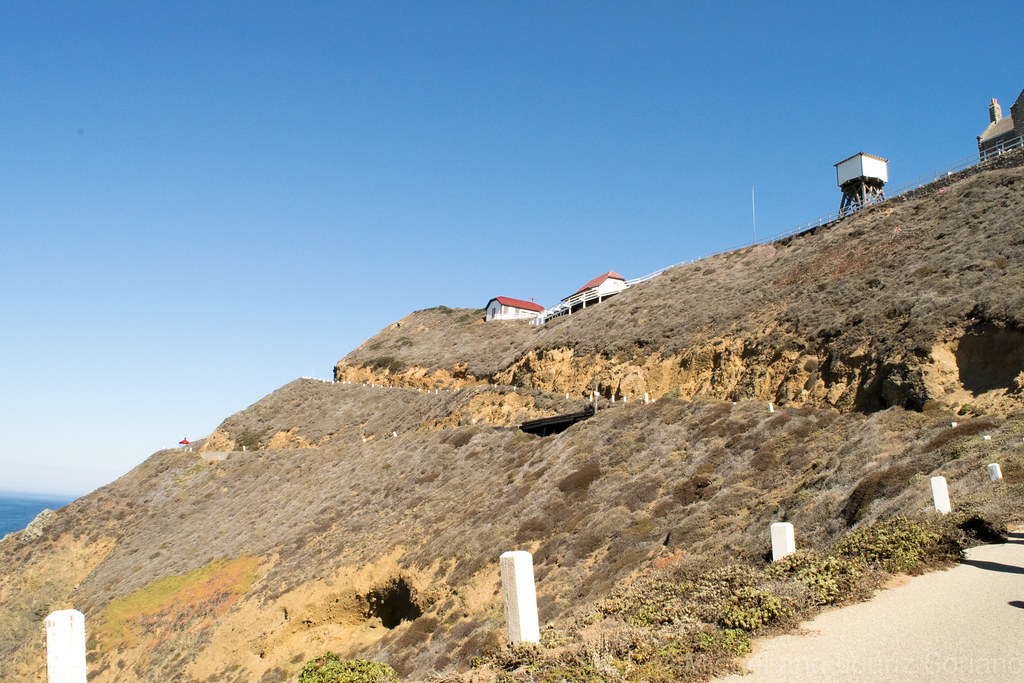 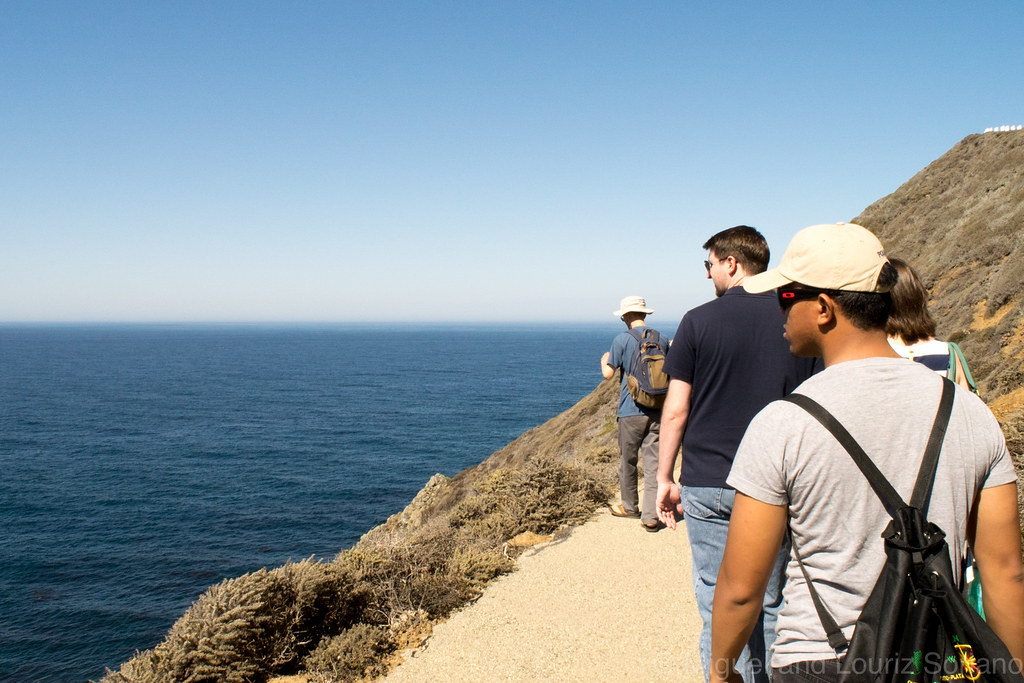 The historic lighthouse, listed on the National Register of Historic Places, was first lit in 1889 and felt even more isolated than Piedras Blancas. The light station was a tiny town on top of a huge rock. 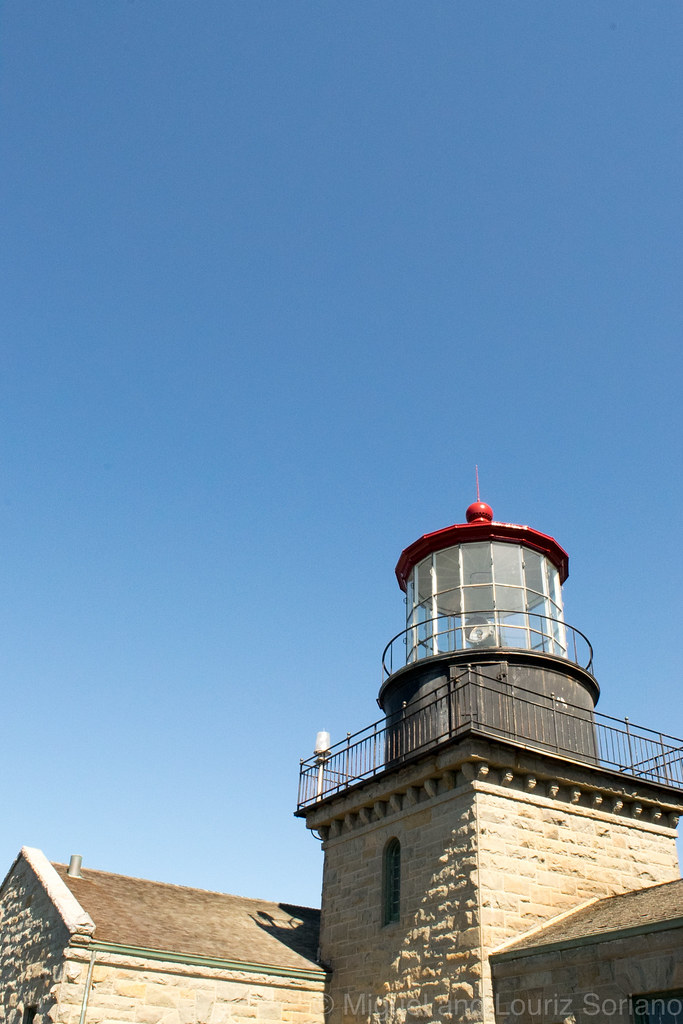 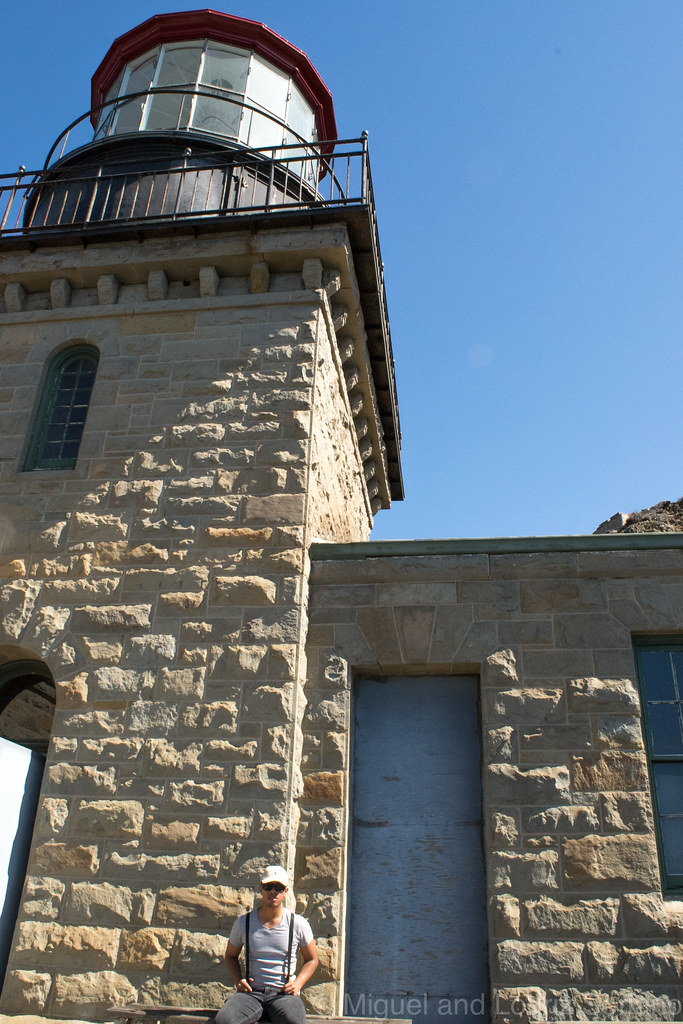 It was a clear day but we could feel heavy winds while on top of the rock. We could only imagine what it would be like on a not-so-sunny day, in the middle of a storm, when the keepers would have to walk to and from the lighthouse, making sure it stay lit. In the olden days, the lighthouses were never left unmanned. 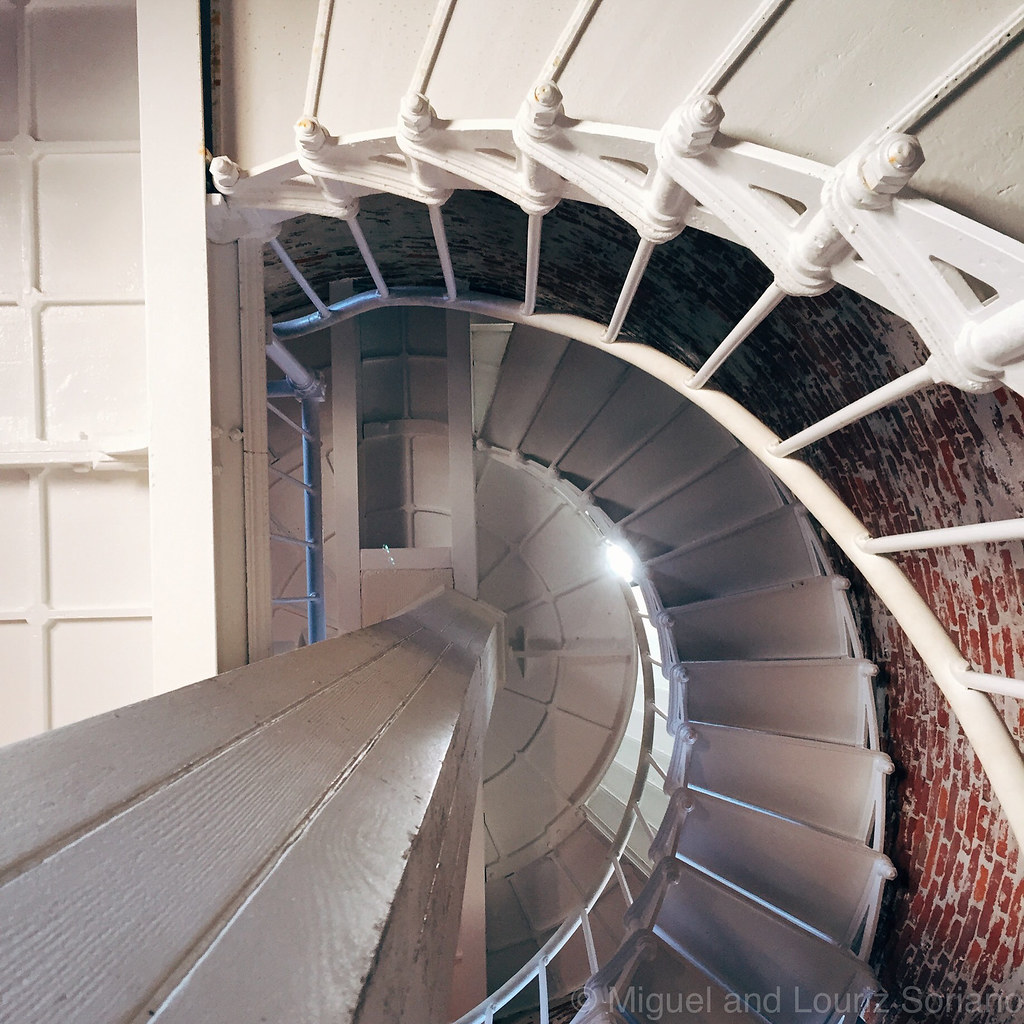 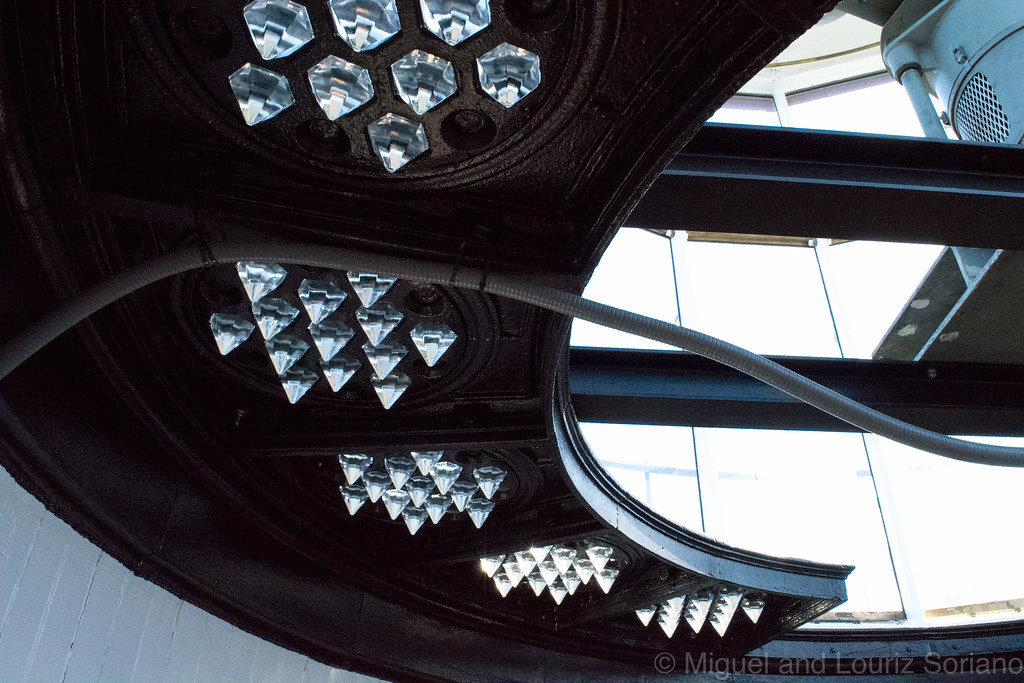 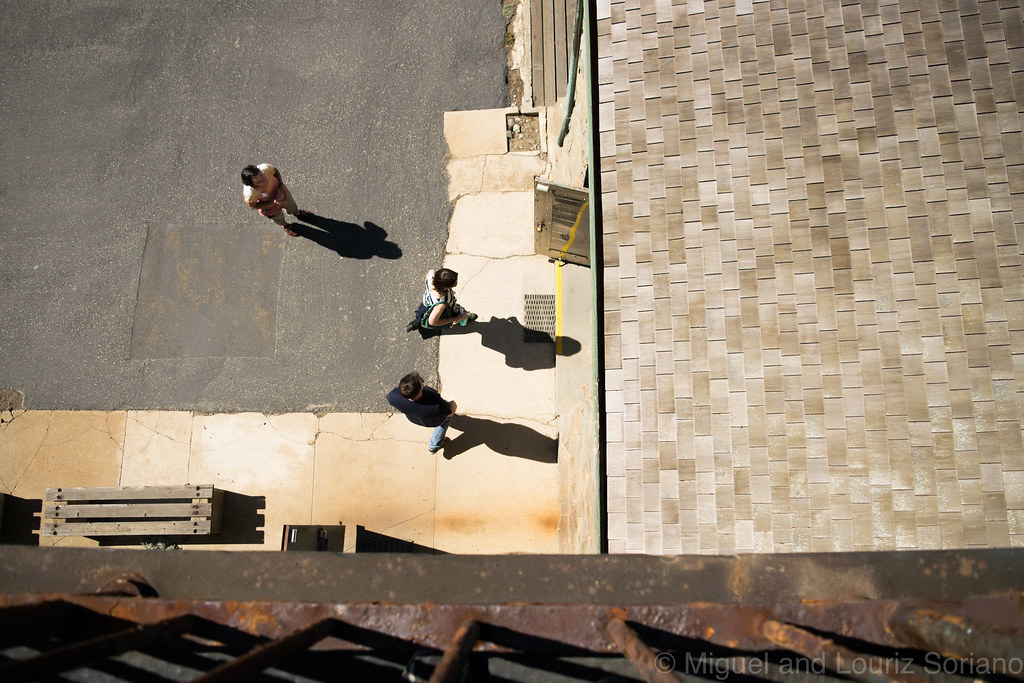 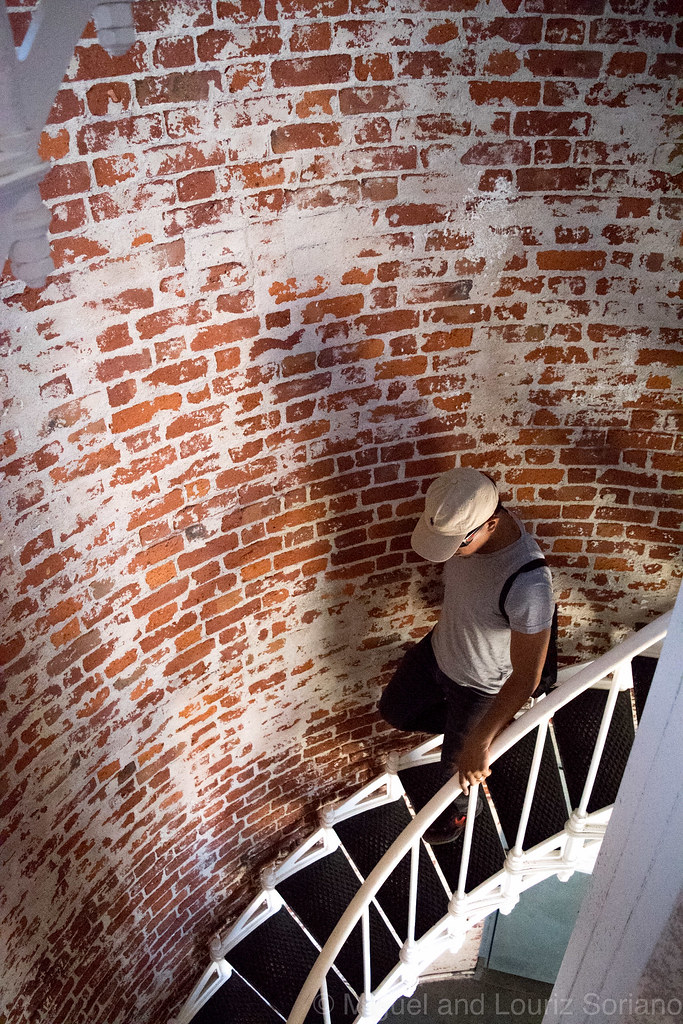 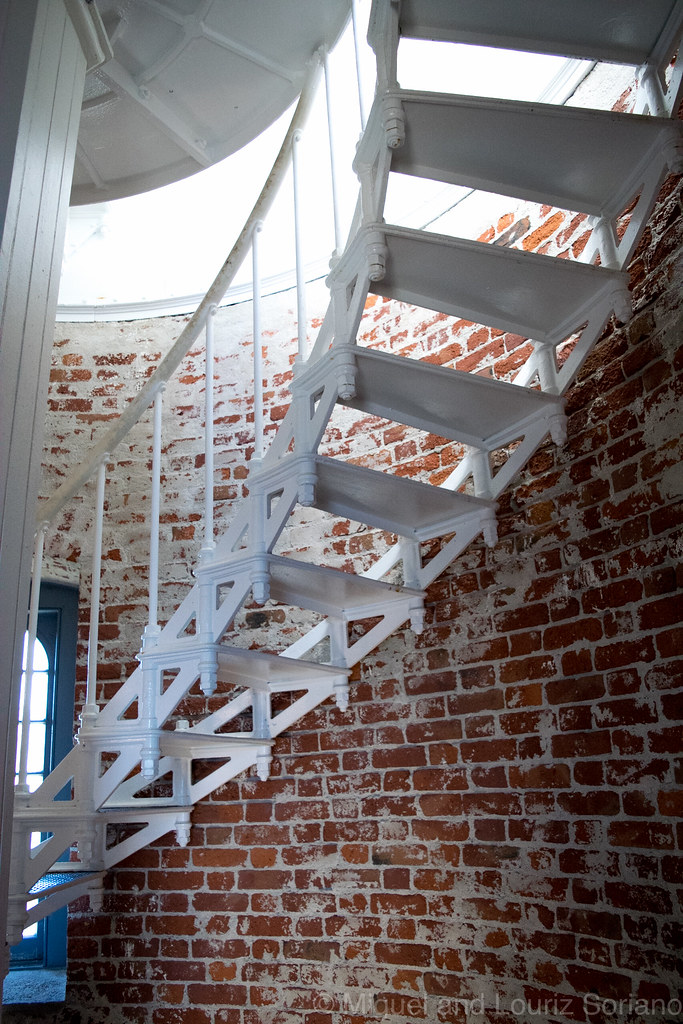 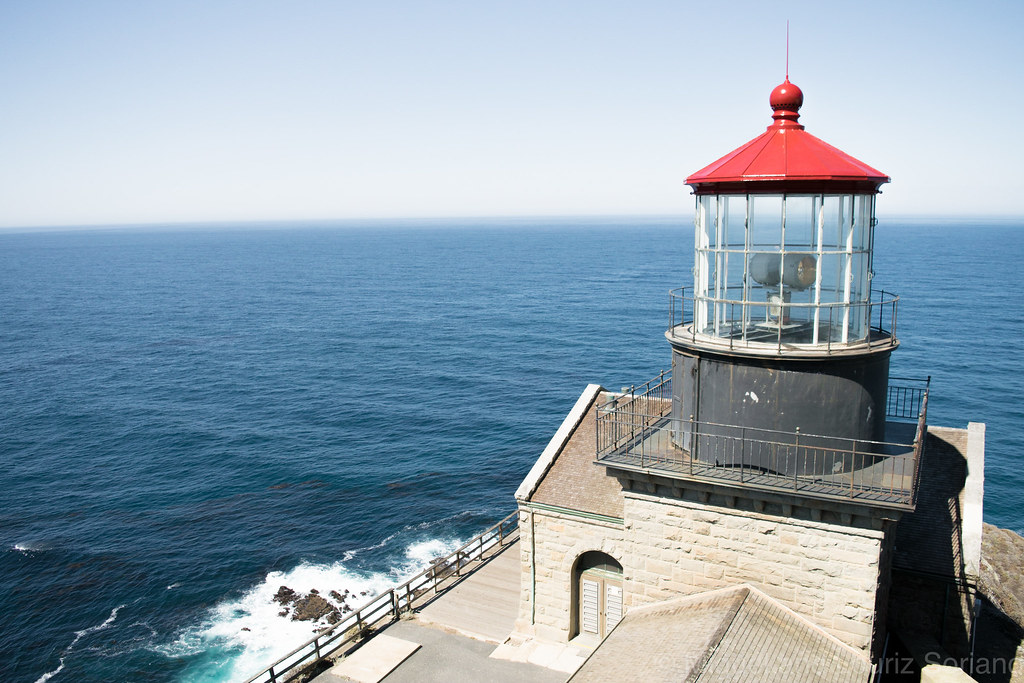 The lightkeeper’s house is kept furnished in 1950’s furniture. One can’t help but consider the simplicity and isolation the former residents of this compund must’ve had. It was obviously not an easy life but I find it very appealing in its own way. 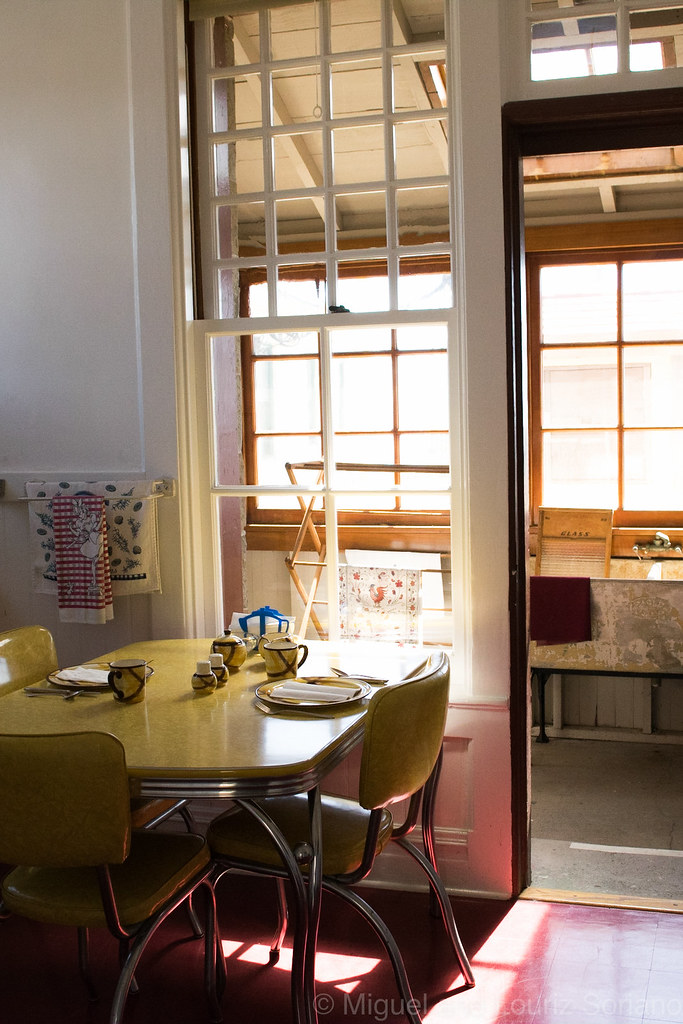 Imagine getting to sit by the window next to that view with a good book, with the sound of the crashing waves in the background and nothing else to distract you. Nothing else to think about other than thriving on top of that rock. Such a tiny, beautiful existence. 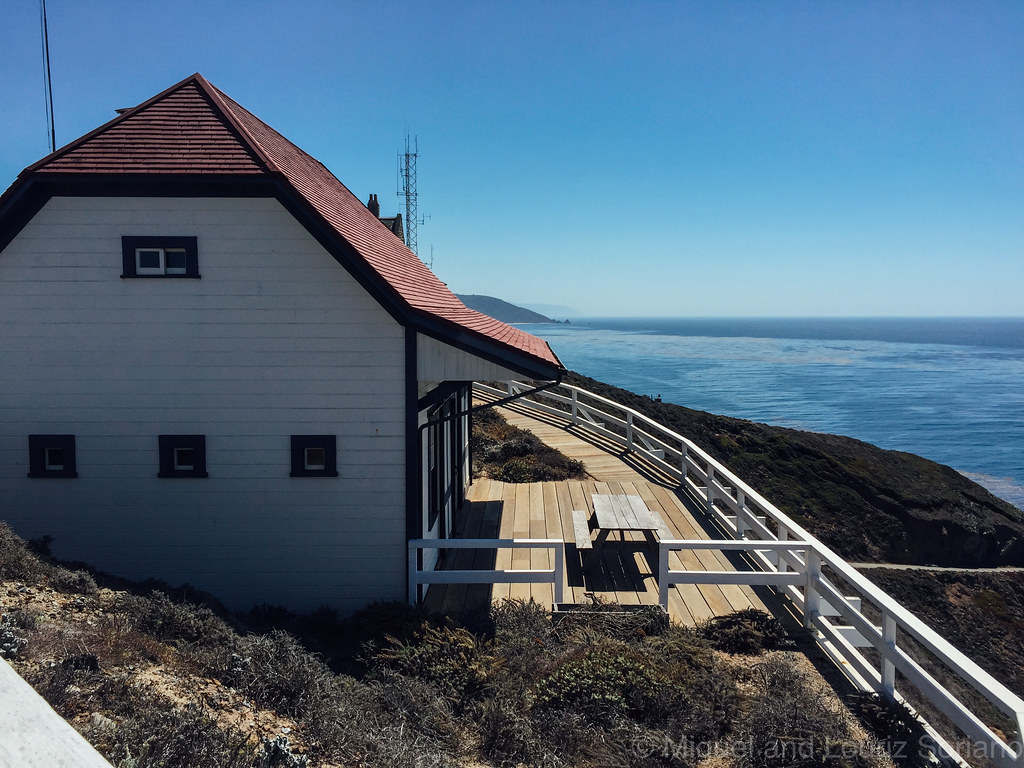 We left Point Sur at 1PM. The 3-hour tour left us famished so we drove straight up to Carmel-by-the-Sea, all the whilst cringing in hunger. 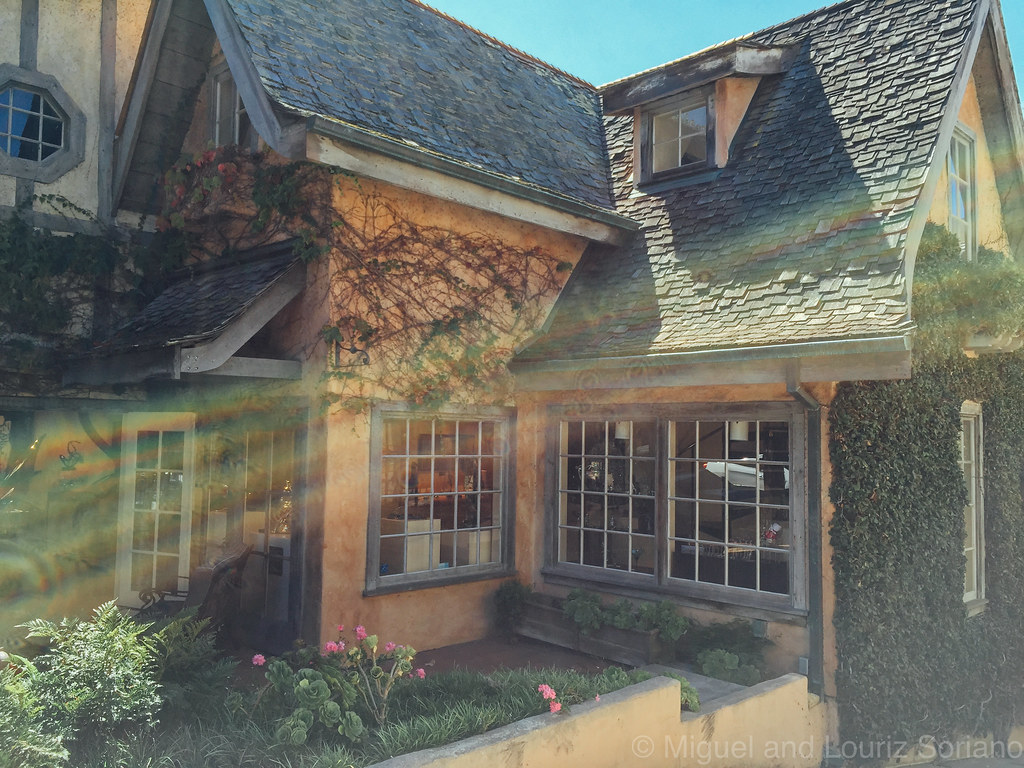 Lunch was at Flaherty’s. Again, I’m sure there are plenty of dining options but we were hungry specifically for seafood and we needed to sit down. 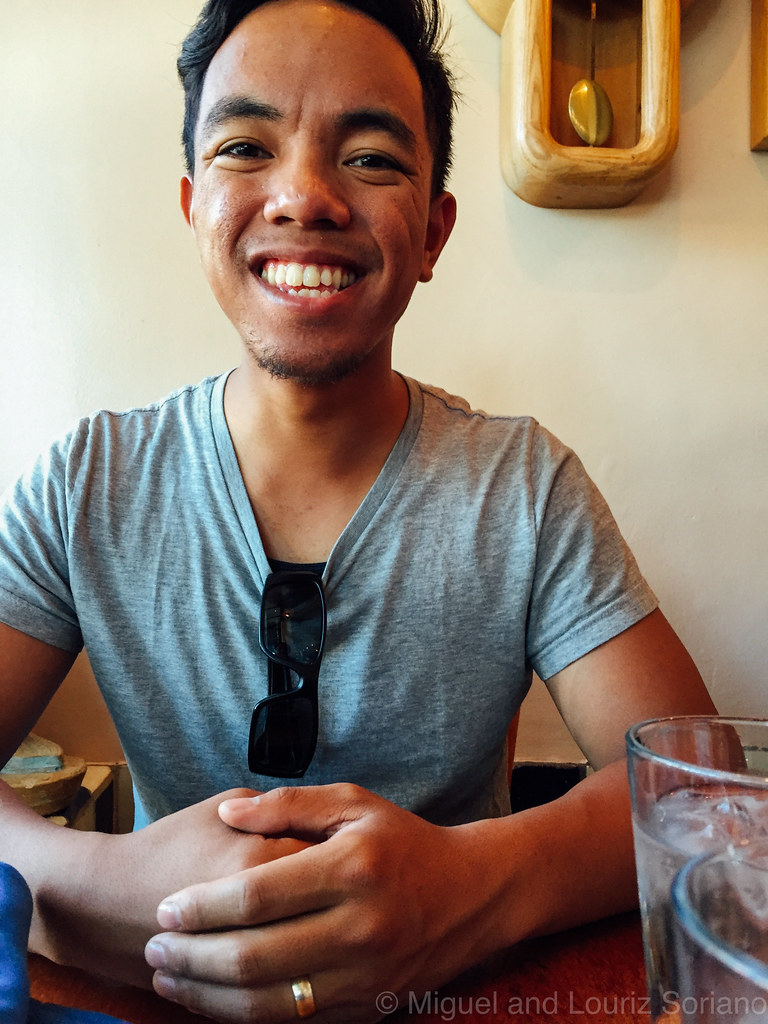 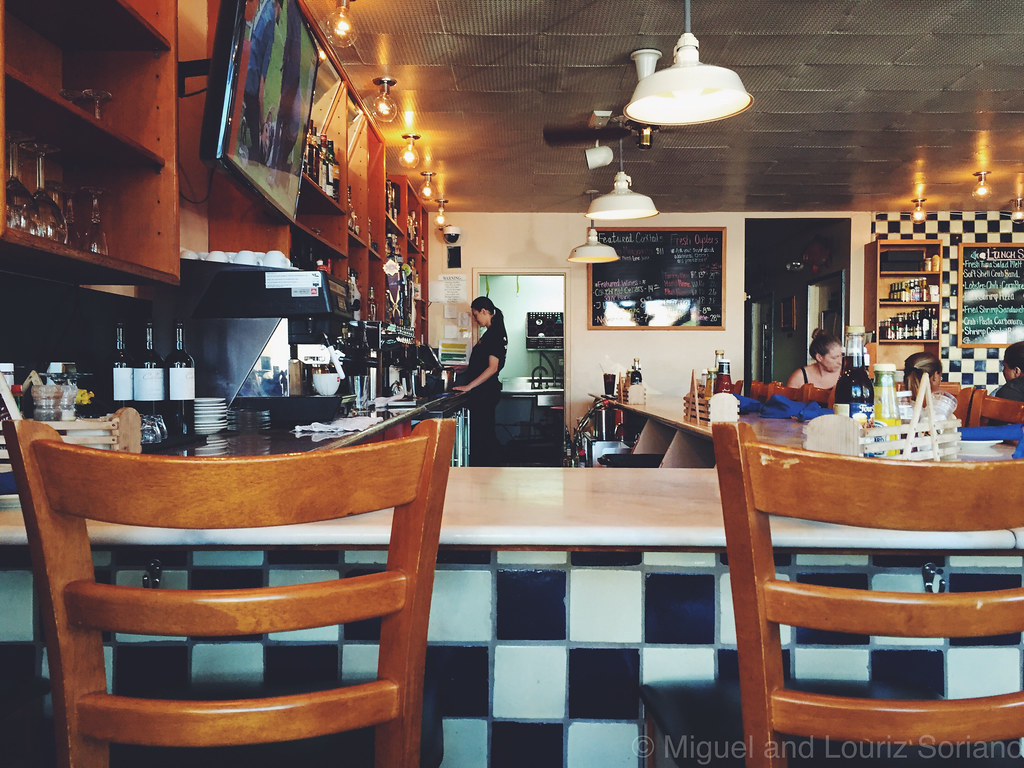 Anyway, Flaherty’s gave us a good meal. Shout-out to them for the best clam chowder I’ve ever had, not that I’ve sampled a lot since I am not really a clam-chowder person. But take it from my husband, who is a clam chowder person, to tell you that their signature chowder was the bomb. We had a taste of both the Creamy New England Chowder and the Manhattan Red. Both are so good. 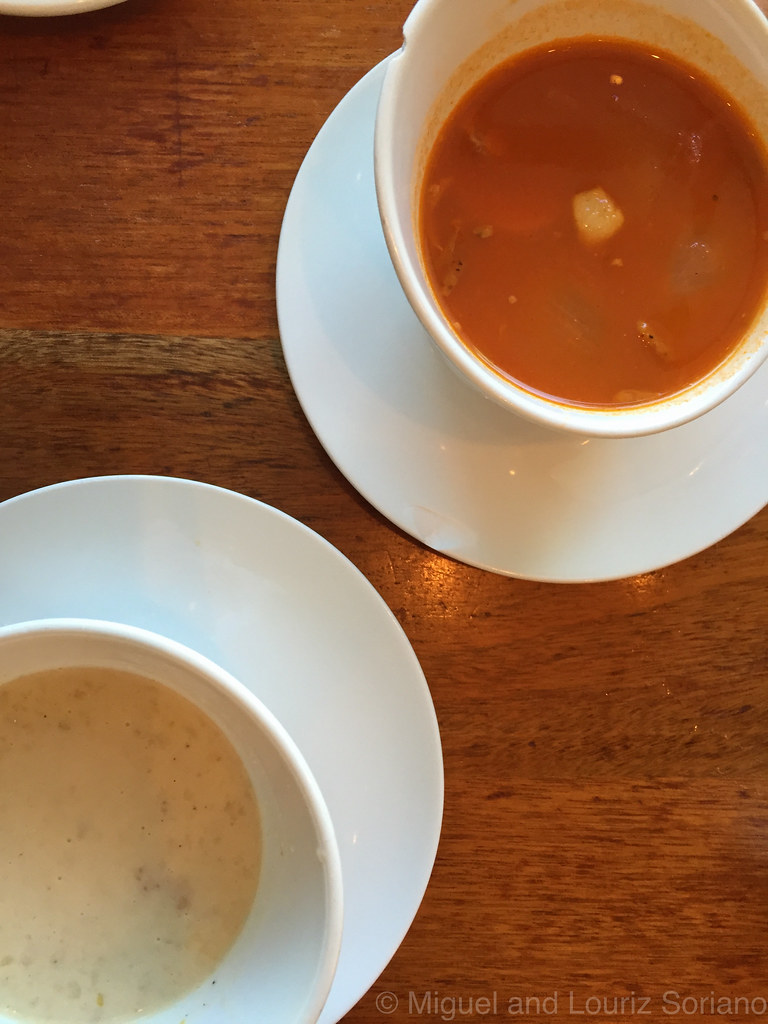 We also had the Pacific Crab & Cheesy-Spinach Gnocchi and some Calamari. It was good but the clam chowder was more memorable. 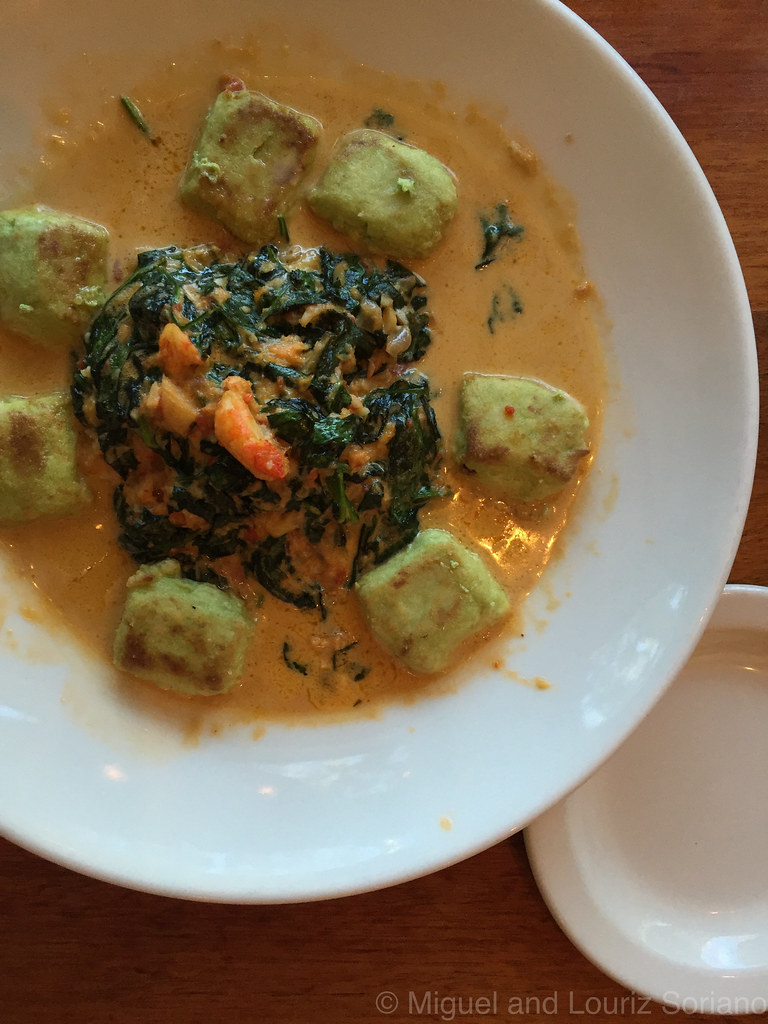 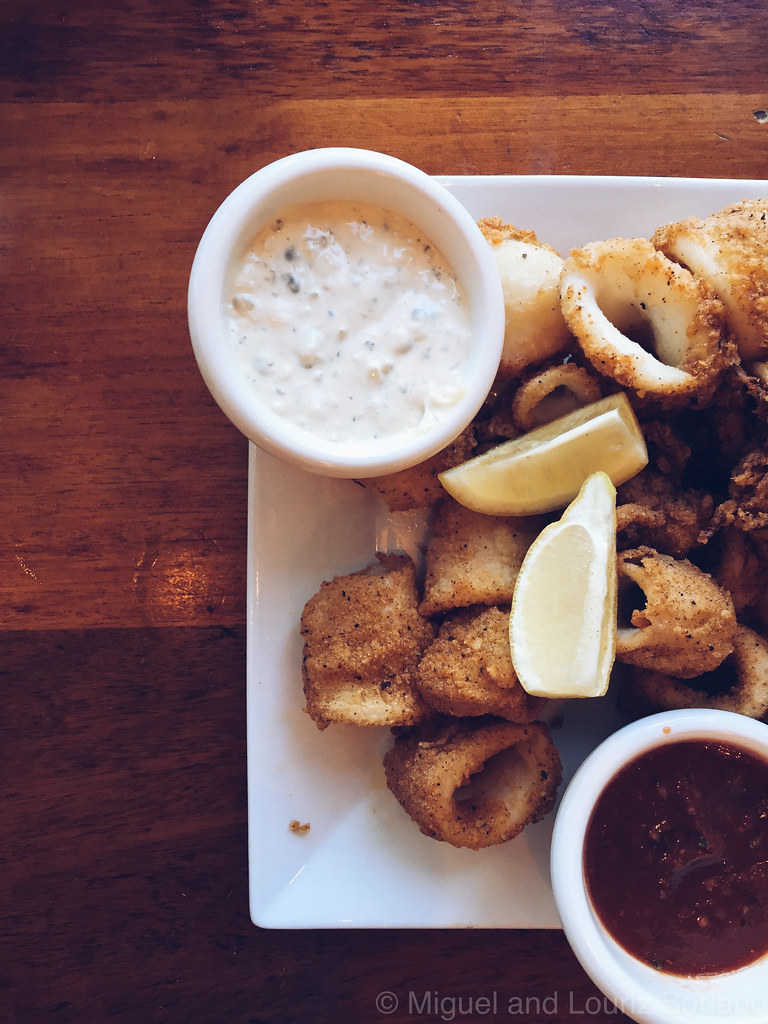 We also scored free dessert from our very kind server. 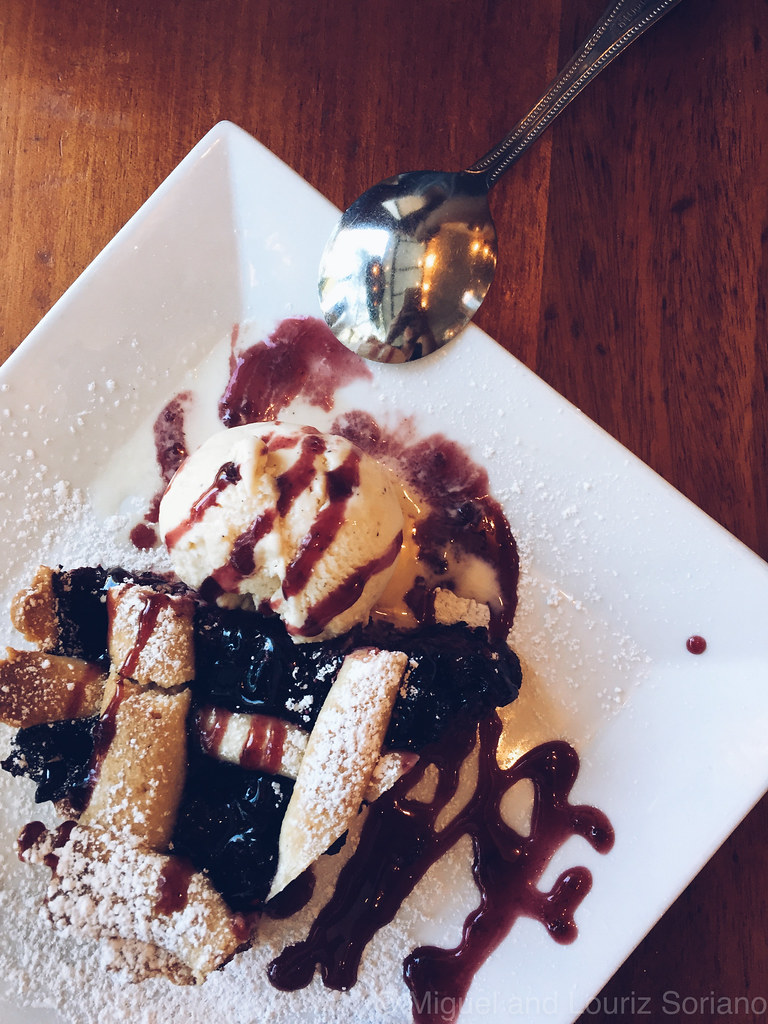 After walking around Carmel a little bit, the hubby was getting antsy since it was already close to 4PM. We stumbled onto the visitor’s center (which was also the friendliest visitor’s center ever) who directed us to where the “fairytale houses” were. My husband bravely  went up to the lady and asked, “Ma’am, we would like to see the fairytale houses.” and she didn’t laugh at us. Apparently, it is perfectly alright to call these Fairytale Cottages that.

It’s ridiculous to think the houses are actually made for residence, not Disneyland. The houses are still occupied as private residences so I couldn’t take decent photos. But you could definitely appreciate them in person. Ridiculously cute! 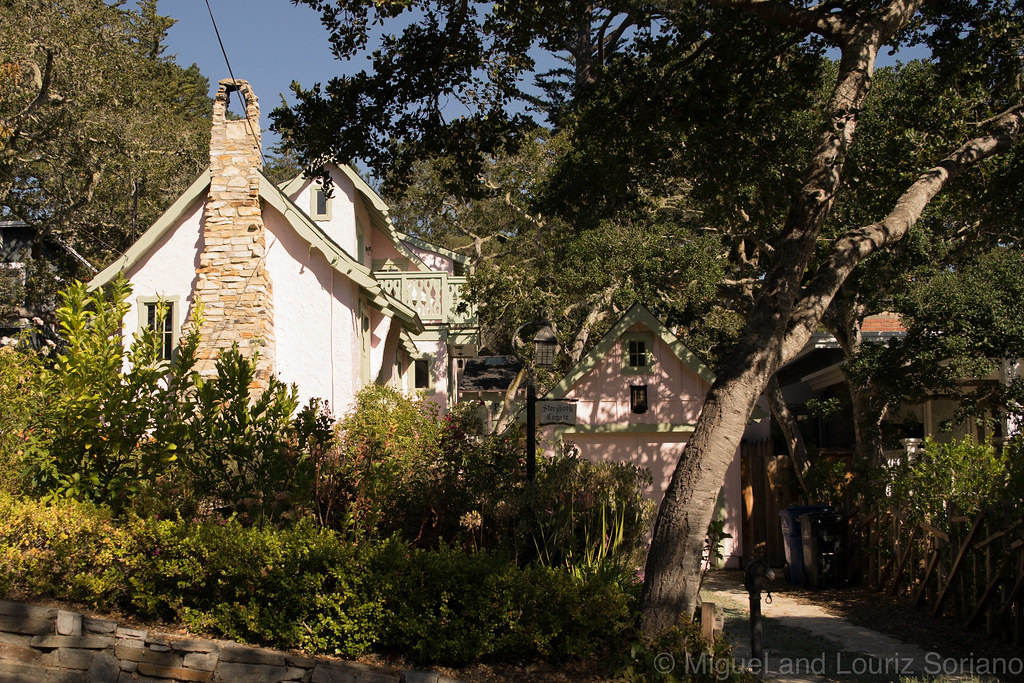 After a quick drive-by the cottages, we proceeded to 17-Mile Drive to see the Lone Cypress. Woohoo for trees! We saw the Ghost Tree first. We stopped where the sign said so. 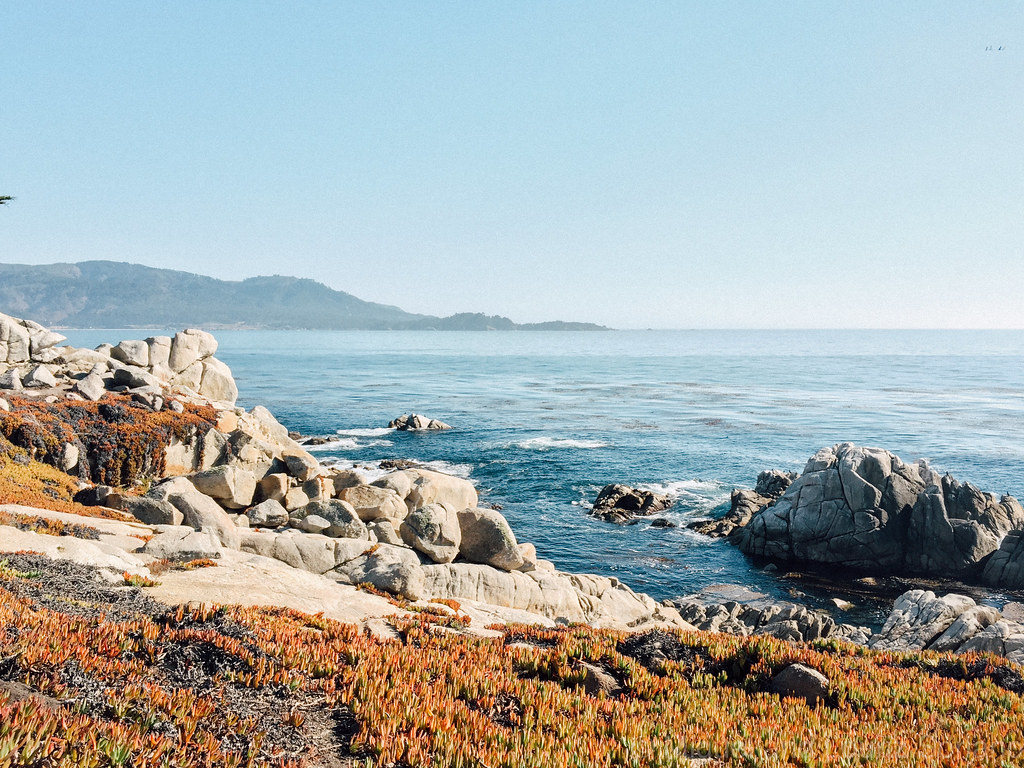 To be honest, we didn’t know what it was supposed to look like. When we got there, the view was so insane, we were like, which one of these trees (there were trees everywhere) is the ghost tree? The view was literally distracting us from what we came there to see. Once we actually spotted the Ghost Tree though, we were like “Oh yeah, that does look ghostly…”. 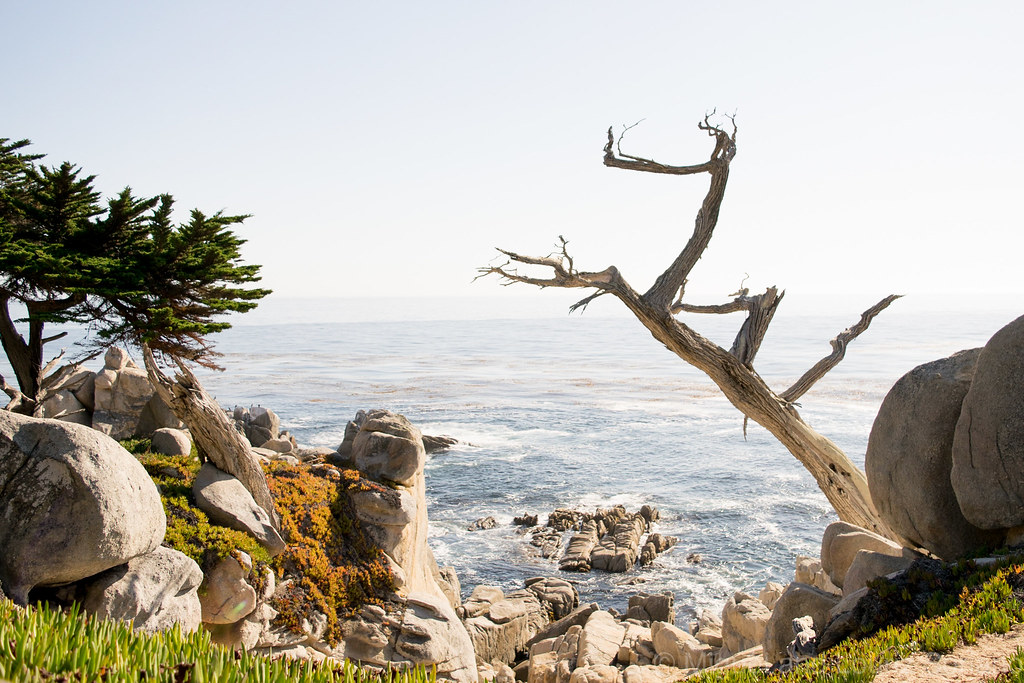 Then it was off to see the Lone Cypress. The sign pointed us there. But once you were off the car, you can’t miss the tree. It really was alone on a cliff right smack in the middle. There’s a short flight of stairs to get closer (but not too close) to the tree itself. The locals we spoke to said that the tree used to be accessible to the public but nowadays, for both public and tree safety, we are not allowed to go near it. 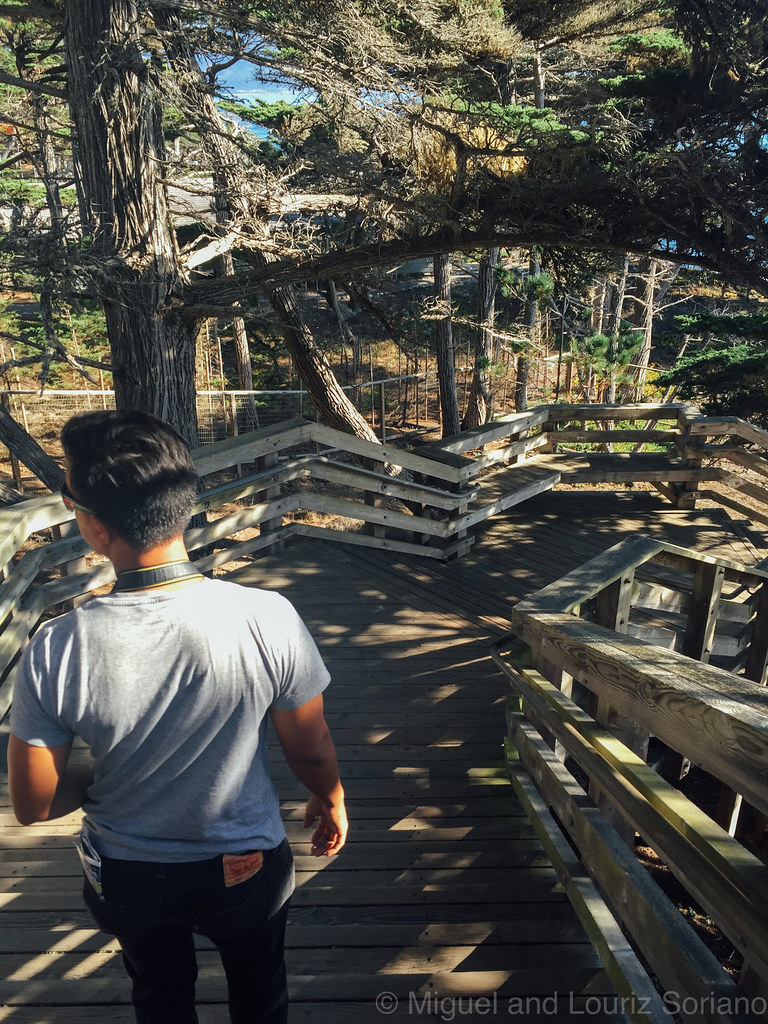 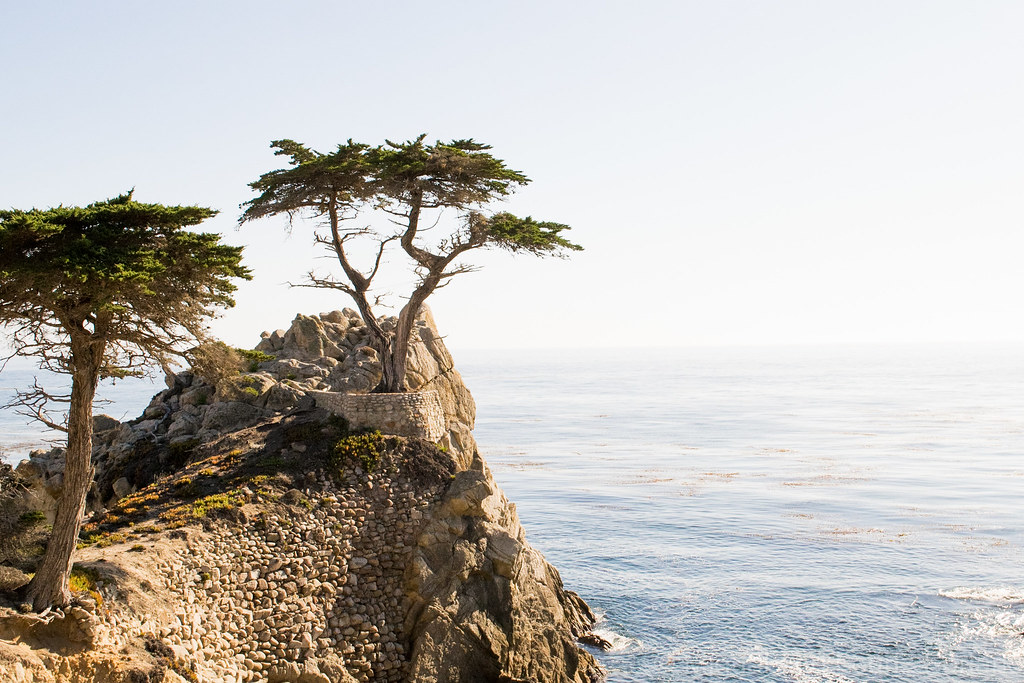 These Monterey places were very crowded by the way. So many people were there to see the lonely tree – literally, bus-loads of tourists. Yet the tree still seemed lonely. Majestic and lonely. 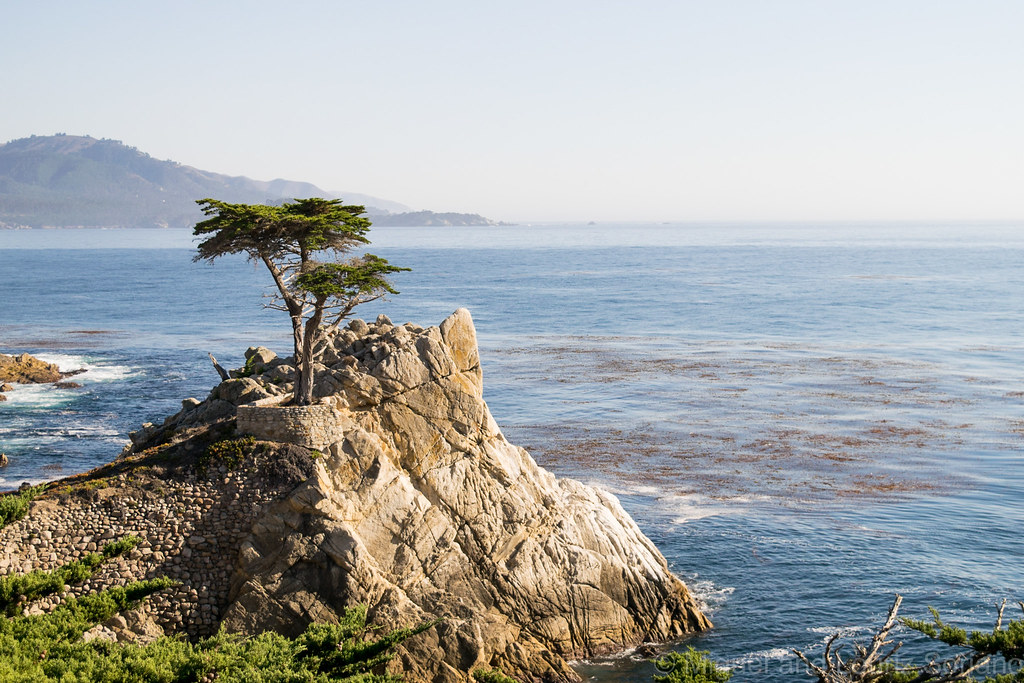 With that, we ended our 5 hour visit to Carmel/Monterey. We’ll have to go back someday to really enjoy it.

The 5 hour drive home was draggy, as expected. It was just hundreds of miles of farmland and dry rock. Ugh. But my husband was and is a trooper – he drove us all the way home. Thanks Miguel. Here’s to more memories with you!

All photos taken by Miguel and Louriz Soriano.